Three Bites of the Viper: Part One Faruq Demesme

Posted on December 3, 2012 by Administrator

A roaring lion greets Faruq Demesme as he enters the fabled MGM Grand and Casino. “You can’t think of MGM without thinking of boxing, without thinking of the lion logo” he said Thursday afternoon. It was this same aggressive machismo that first attracted a younger Faruq to Dodge and to the SRT Viper he is preparing to test drive. 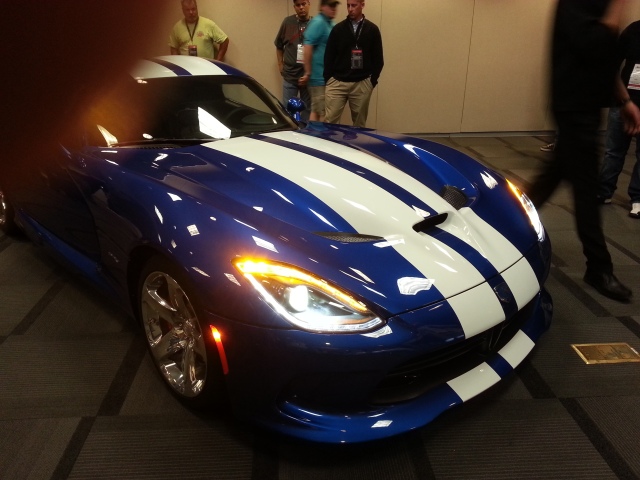 Faruq had not been to Vegas before, yet he would find that stepping onto a plane from comparatively conservative southern Maryland to Sin City was a slight shock in comparison to  the Viper’s bite. The new 2013 SRT Viper is among the fastest cars in the world, it is stylish, sleek and the serpentine body is beautiful, and yet that is hardly the reason the car has entered into the international zeitgeist.

Named after a family of venomous snakes, the connotation of naked Eve and temptation is brought to mind. In western culture snakes typically represent evil. Advertisements for the Viper, embolden words like “Obsession” “Emotion” and “passion.” The slogan “it consumes you” Connotation, association and personification meet, characterizing the car, the SRT Viper has a personality. Having appeared on over 100 magazine covers, the Viper is an inanimate celebrity. 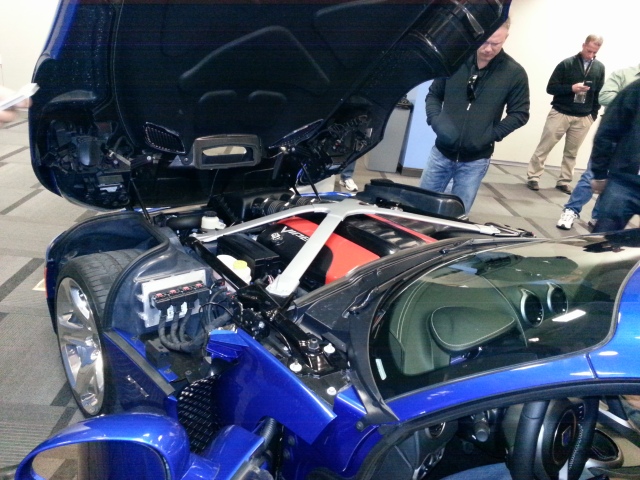 “Nervous” he said “excited” having woke up at 3am to catch a five hour flight spent gazing at obstructed skylines between Maryland and Nevada, listening to the almost cliche, surely expected and maybe for those very reasons bothersome, cry of a child. All of that however, was out of his head, he was inside of the Viper.

Before crushing the gas pedal down and seeing the stars stretch and fade, Faruq would notice the improved interior, including graphical information displayed on LCD screens, cruise control, a feature new to Viper, and even the ability to turn on or off, all through the steering wheel.

“The SRT Viper has over five pounds of horse power per pound, making it rank among the most powerful cars in the world” The Waldorf Dodge sells person would say.

The Viper is a paradox, American and yet completely exotic. Those who admire the car, see their reflection not because the mirrors  neither the chrome nor shining polish,  but inside the essence of Viper. 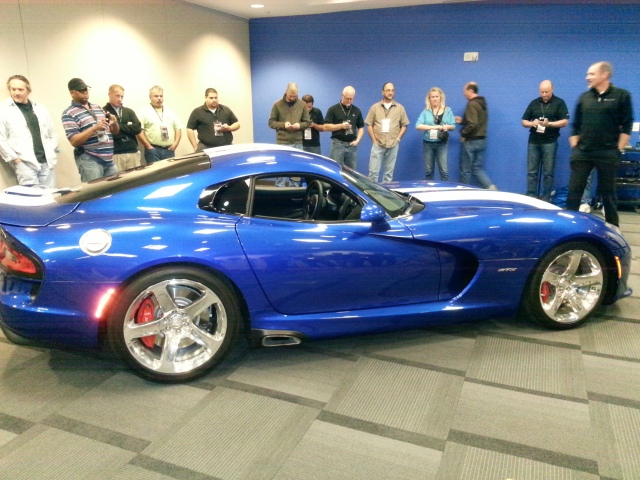 Faruq Demesme, a salesperson at Waldorf Dodge, now buckled into the handmade car. What happened next would give the 737  Demesme flew in on a run for its money. He took the Viper out of gear.

Faruq was not the only member of Waldorf Dodge to test drive the iconic car, check back soon to read the stories of others as they faced the Viper.