Posted on November 4, 2010 by Administrator 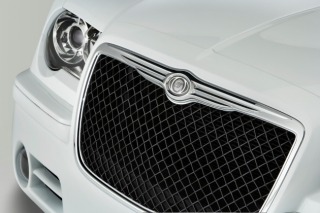 Chrysler, now led by Sergio Marchionne and the rest of the management crew brought in by Italian automaker Fiat, has big plans in place that will replace just about every single vehicle the American automaker currently offers. Judging from the purported list of new vehicle launches secured by the Mopar fanatics at Allpar, it would seem that new Chrysler, Dodge and Jeep vehicles will be hitting the market all through 2010 and well into 2011.

Looking over the list of 2010 production start dates, the first date to get excited about (barring the March 29th Viper production launch, of course – we’re talking about for the mainstream market), is May 10th, which is when the thoroughly recreated Jeep Grand Cherokee will begin rolling down the assembly line. In mid-August, the 2011 Wrangler will make its initial appearance, and we’re really hoping for a new powertrain combination for the venerable off-roader.

Towards the end of 2010, Waldorf Dodge should begin seeing the heavily revised Pentastar minivans along with the new Avenger and Sebring replacements, though the Chrysler midsizer seems likely to get a new moniker to erase memories of the current car. Finally, the three LX-based cars – those being the Challenger, Charger and 300 – will go into production in November, followed closely by the North American 2012 Fiat 500. Keep it together, Chrysler.